This past week seemed kind of laid back which was a nice change of pace. Monday was kind of stormy so we unloaded the backhoe to use the trailer it was on to get the loaner tractor. We then gathered the cows in the Fred Cook pasture and moved them down to the end of the county road. One of our tractors is in the shop, so we ran to town to get the loaner tractor from C&K Equipment that afternoon. David, Terri, Jake, and I all ran to town in the afternoon. Terri had to return some unused vaccines to the vet, get the semi so we could haul cows out to Nate’s the next day, and pick up the truck that was in the shop. Terri and I then drove the pickup that was in the shop out to Nate’s.
Tuesday, we got our horses and a couple of trailers and headed up to the end of the county road where we left the cows the day before, we then sorted and loaded them. While David, Jake, and Patrick hauled the cows and calves to Nate’s, I weed ate around the pastures.

I started my day off Wednesday by spraying curly dock in the horse pasture. Once I was done with that, I helped connect the bailer to the tractor. That afternoon, I learned how to collect leafy spurge flea beetles, which the Kane’s use to control their leafy spurge. Once my flea beetle collection training was done, I went and collected flea beetles and started releasing the beetles in patches of spurge that didn’t have any bugs in them.

Thursday, we put the retriever’s arm on the retriever. After we were done with that, I went and collected more flea beetles and continued to release them up the creek. That night, we fixed a water tank in the O-A pasture.

Friday morning, I went up to check that water tank we fixed the night before. When I got to the water tank, I found the float had been broken off at the cement at the bottom of the tank. We ended up having to chip some of the cement out to fix the float. Once that was fixed, we took the bailer off the tractor and put it on the Agco tractor. In the afternoon, I went and checked our cement patch, which luckily held. Then I swept the shop floor. Finally, Saturday I sewed the rips on some of the face flaps that hang from the oilers and that was my week! 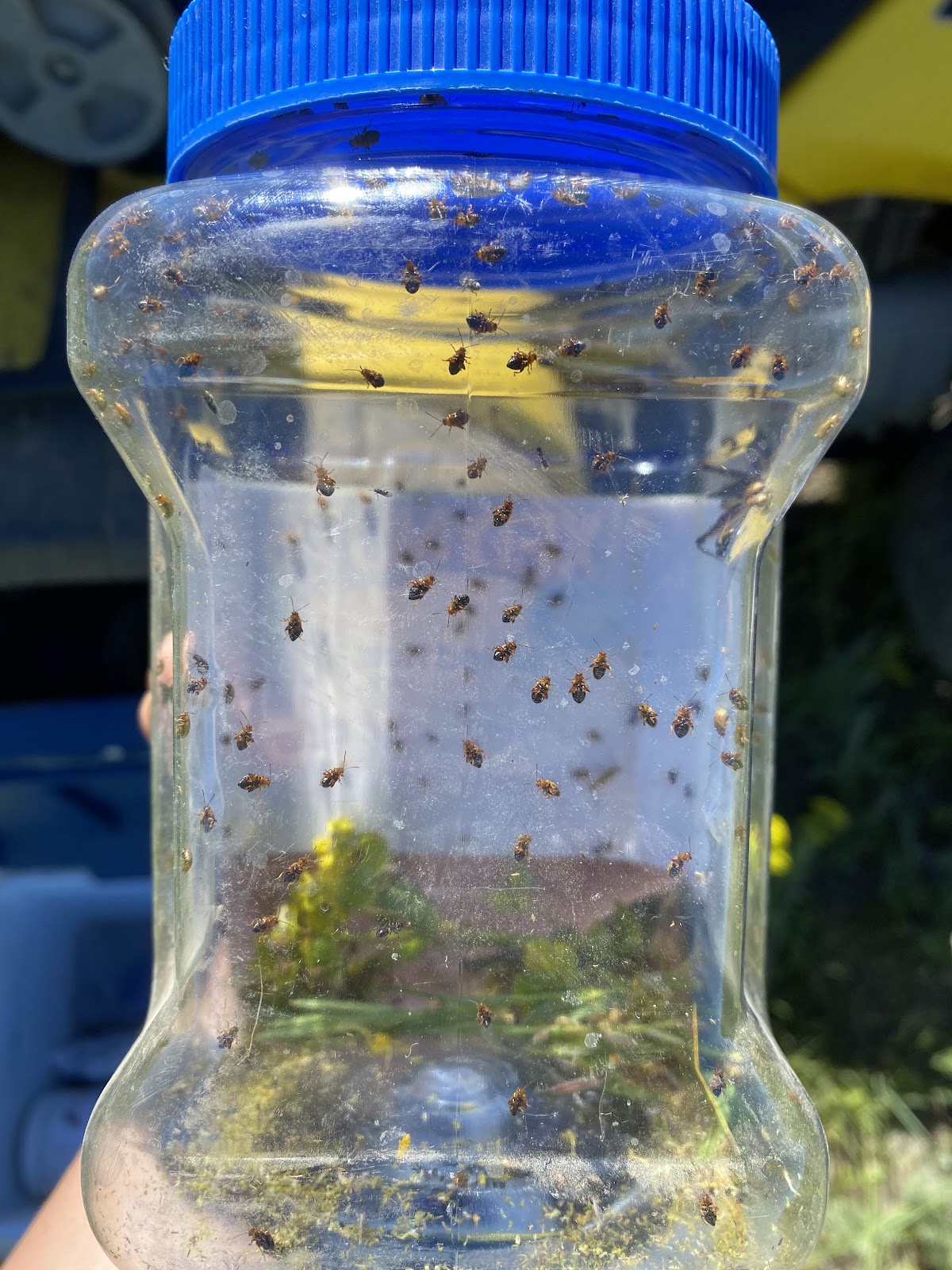