I also wanted to share about our mountain trip that we had a couple of weeks ago. The week was a little busy as we started to prepare for the trip up the mountain. That week I did a lot of different tasks such as sewing a few more oiler flaps together. I then took one of the face flaps that I had just fixed to the dry cow pasture and swapped it with the face flap that was on that oiler. I also checked to see if the flea beetles were out because they are pretty temperamental when it comes to the weather. It was kind of windy, and very cloudy that week, both of which the bugs don’t like. I was surprised to find some beetles were out. Terri had received a notification from the water storage tank that the water level was dropping at a rapid pace. The Kane’s have this really cool monitor in their storage tanks they use to track the levels of water throughout the ranch. Therefore, I was sent on a mission to find where the leak was coming from. Of course, the last place I checked was where the leak was. The collar that connected the heavy duty plastic (HDP) and PVC pipe together had broken, and this happened to be buried more than 5 feet underground. Once David and Terri got back, we went out to the leak and fixed it, this time with a coupler instead of a collar.

The rest of that week we gathered the cows that were going to head up the mountain and gave them Ivermectin. While gathering them, we pushed them through what we call the gun barrel, which is this giant culvert that you can ride a horse through and it goes under the interstate. After spraying the flies off, we sorted the calves off and vaccinated the calves. While the rest of the team went up the mountain to summer the cows, I collected and released flea beetles and checked the water tanks. Overall, the prep and mountain trip was a success and we will move the cows back down in October! 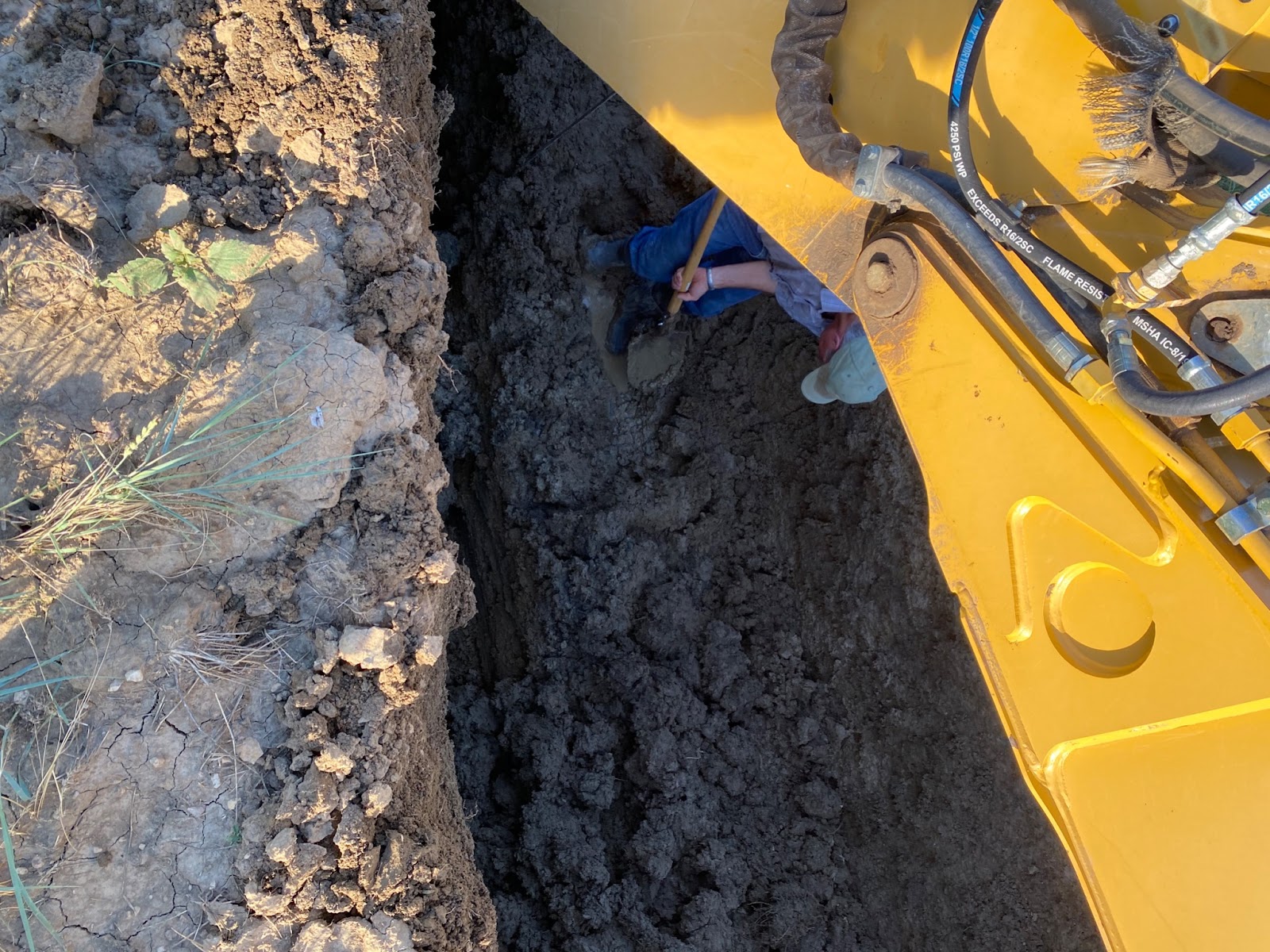 David, Jake, and Nate are about to enter the gun barrel.